Magdalene is my all-time favourite song from Kravitz. It was released in 1995 on the album Circus. When I started playing bass, I could not find the transcription anywhere. A few years later, it became one of the first songs I transcribed. 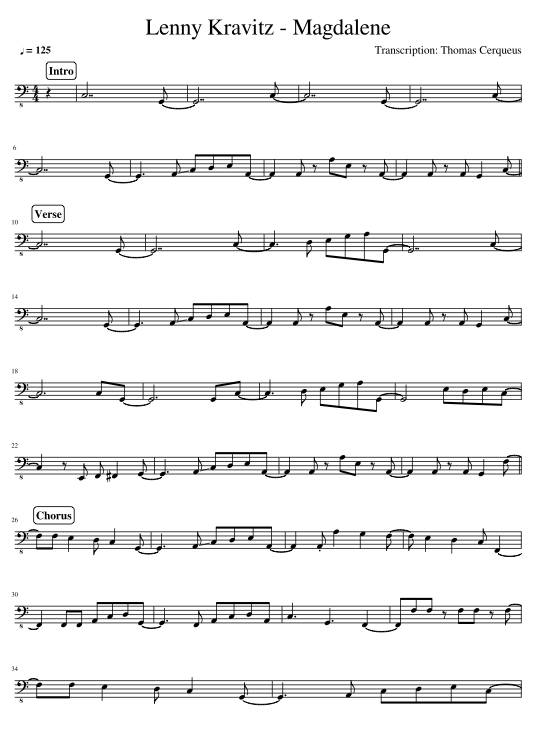 You can download the transcription here. If you prefer the version with the tablature, you can get it here.

A few noteworthy things I’ve noticed while transcribing it:

The song starts with an anacrusis; the drums kick-off a quaver before the first downbeat. It gives it a nice punchy start.

The chord progression does not sound familiar (unlike the numerous I-V-vi-IV pop songs).

There are syncopations everywhere! The bass (and the guitar) always hits a quarter note before the downbeat. I guess that’s what makes this song groove so much.

The chorus is 10-bars long, which is kind of unusual, as a chorus length is generally a multiple of 4 in pop music.